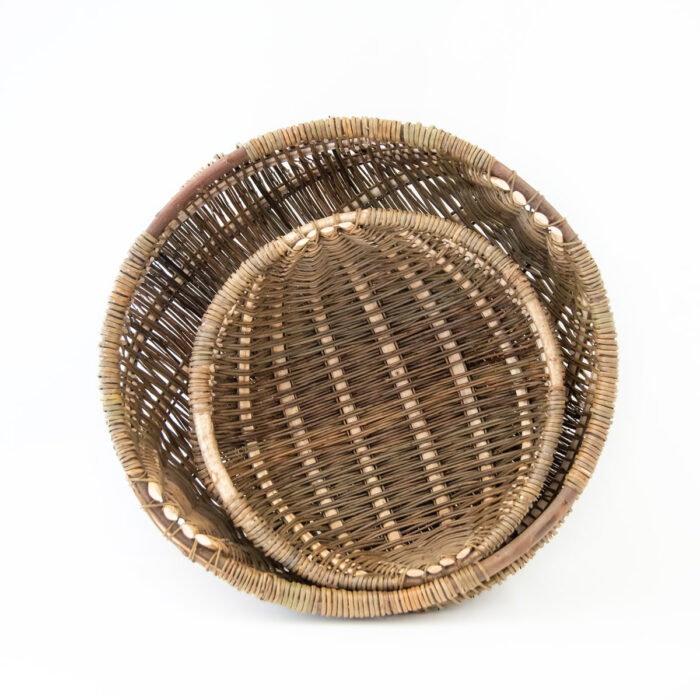 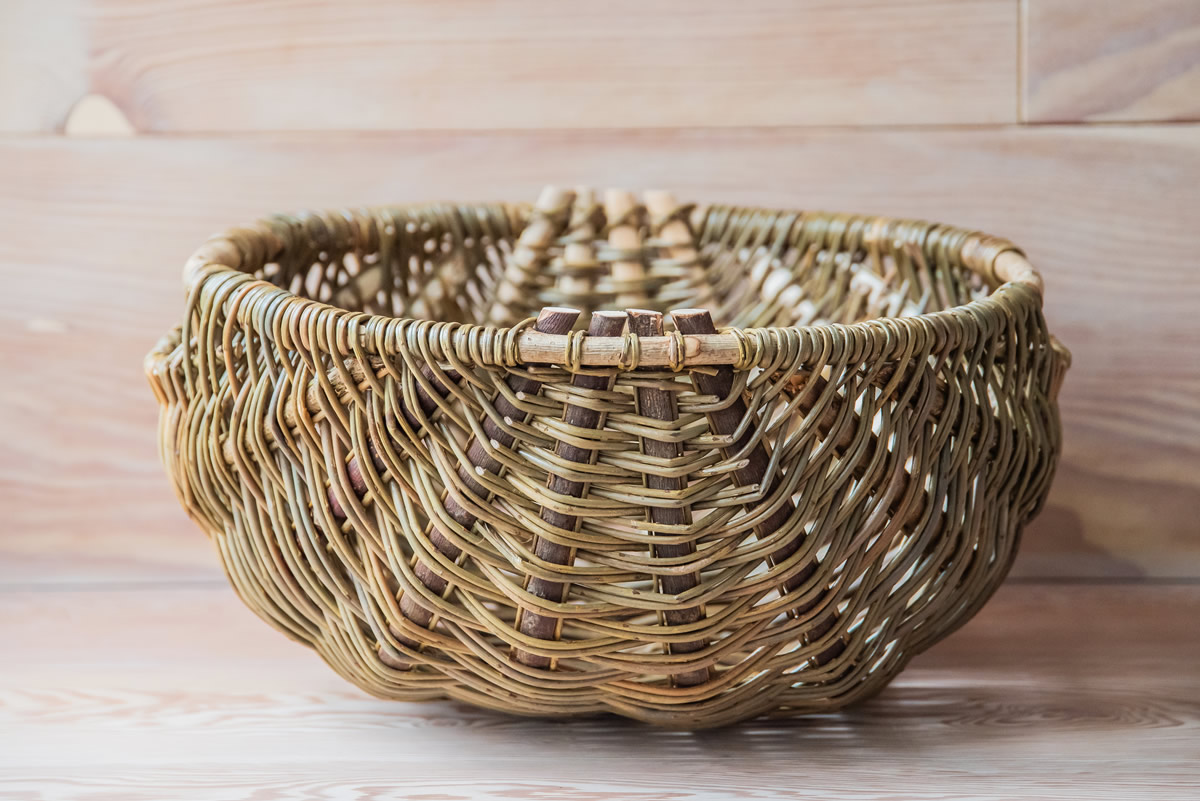 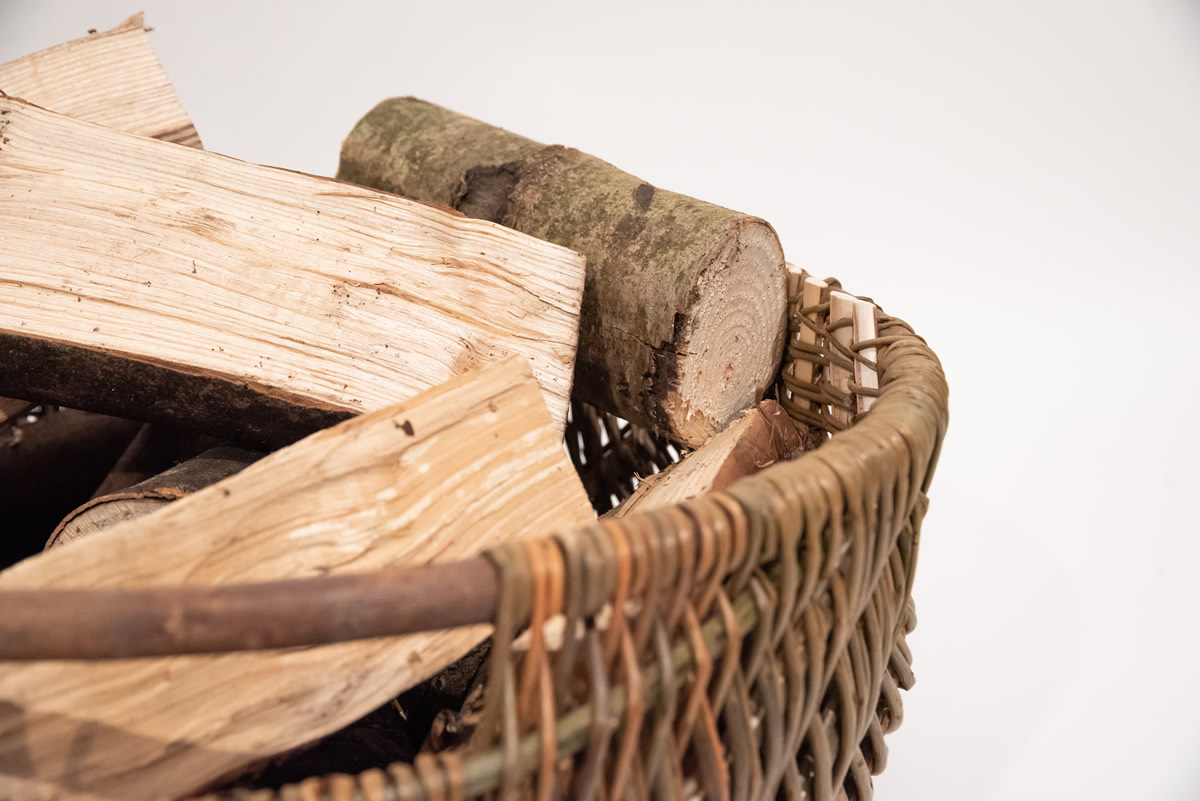 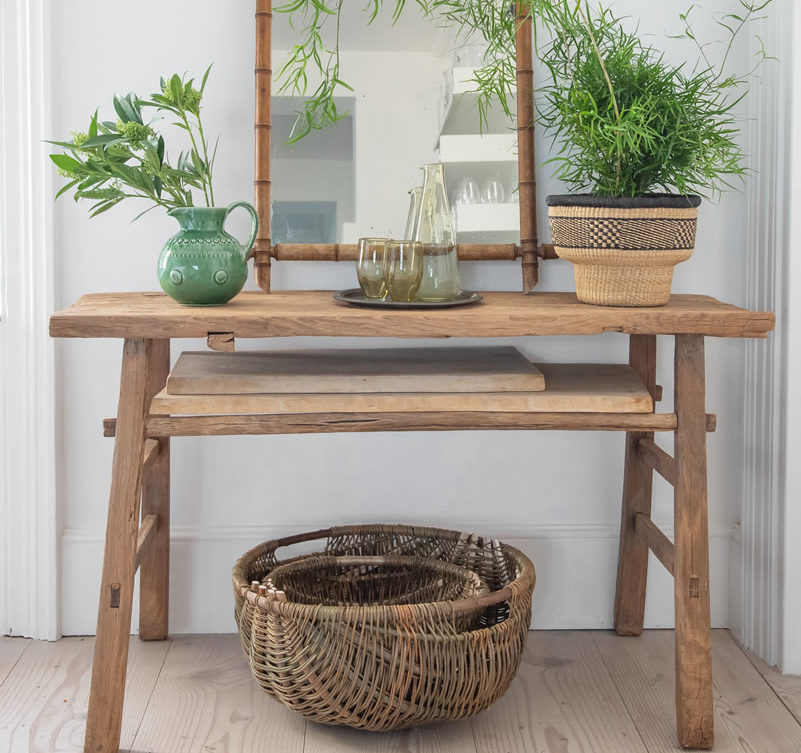 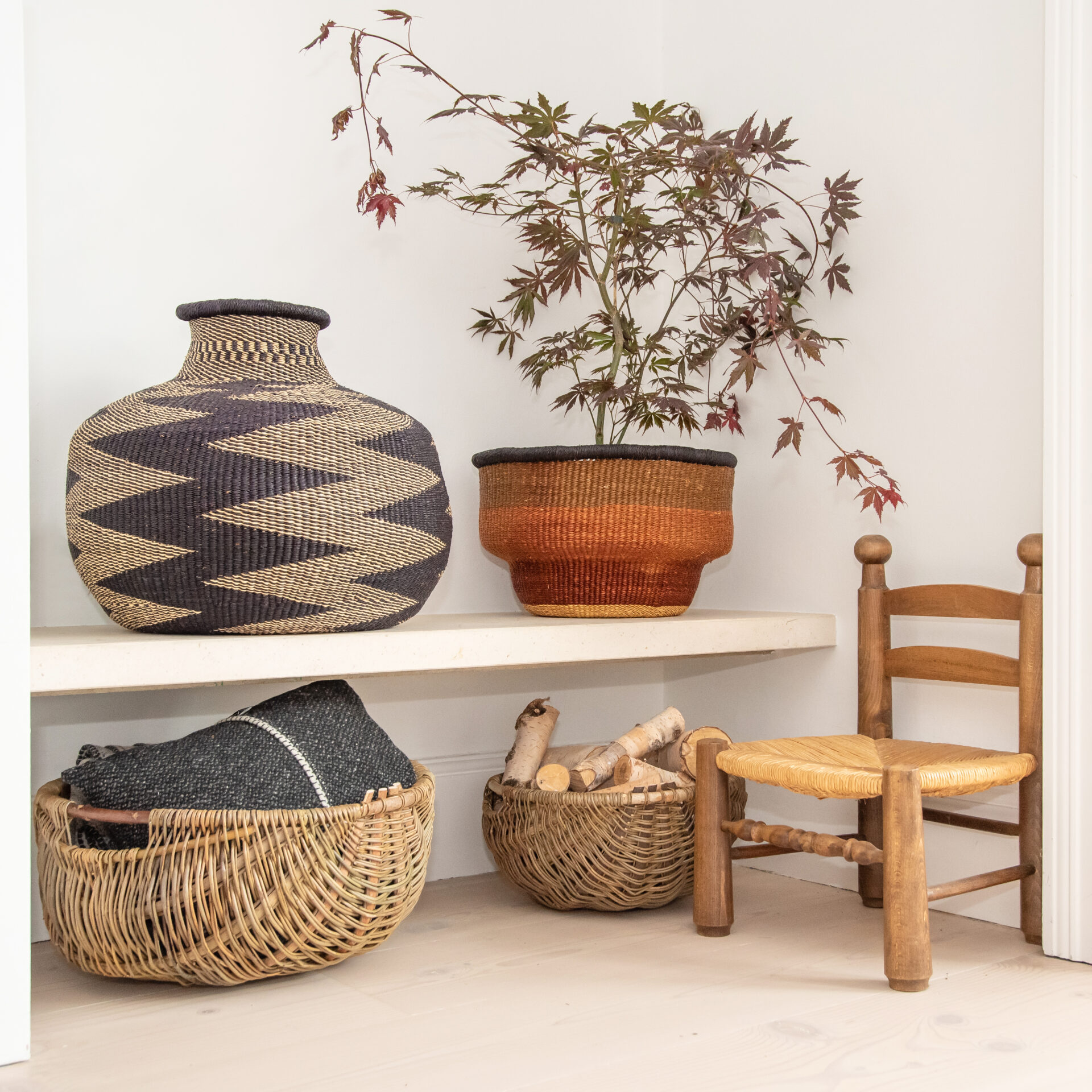 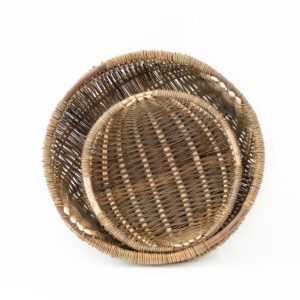 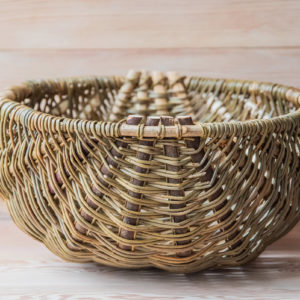 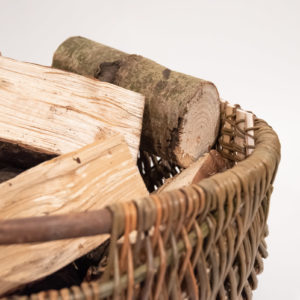 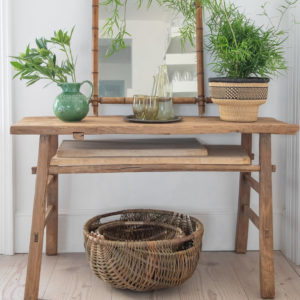 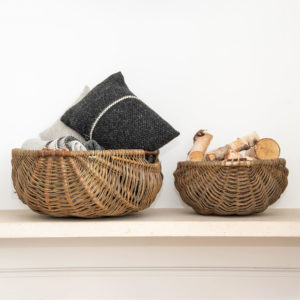 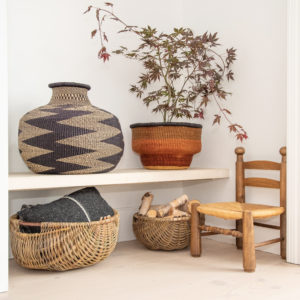 Willow woven basket, specific to Wales, the design of which stretches back centuries. These baskets are a true labour of love by the maker as the handmade process takes up to a year to complete due to the natural drying of the materials. A unique piece suitable for a variety of uses or as a textural and beautiful piece of decor.

Basket making is one of the oldest crafts in the world, and a centuries old tradition in Wales, where the climate is optimal for willow growing.

The Cyntell is an ancient form framed basket which was central to country life in Wales in the 19th century; used to carry feed and barley for farm animals and at harvest time to gather potatoes or orchard fruits. They also served as a laundry basket and even as a baby’s cradle.

The making of the Cyntell is a lengthy process undertaken by the most skilled artisan weavers who have honed their craft over many years. The willow is first stripped and soaked and then left to dry naturally for up to a year. The Cyntell is then formed around a thick, dried hoop with split and shaped wooden ribs, which together form the frame which is then interwoven with willow. The basket has a distinctive doubled up weaving pattern which is made from weaving each willow rod only once across the basket and back again and a gap is left in the weaving to make space for two handles providing a chance to see the wonderful material from which the hoop is made.

Clare Revera is a qualified basketmaker and teacher, specialising in making traditional and contemporary Welsh baskets which are inspired by the colours and materials of the landscape around her. The hazel and willow for the frames – which is dried for a year before use – is locally sourced from near Clare’s home in the Vale of Glamorgan and the willow for weaving from the Gwaun Valley, Pembrokeshire.

As a Maker’s Guild in Wales selected member, the high standard of Clare’s craft skills have been recognised nationally and her work is on exhibition around the UK including a permanent display at the National Museum of Wales.