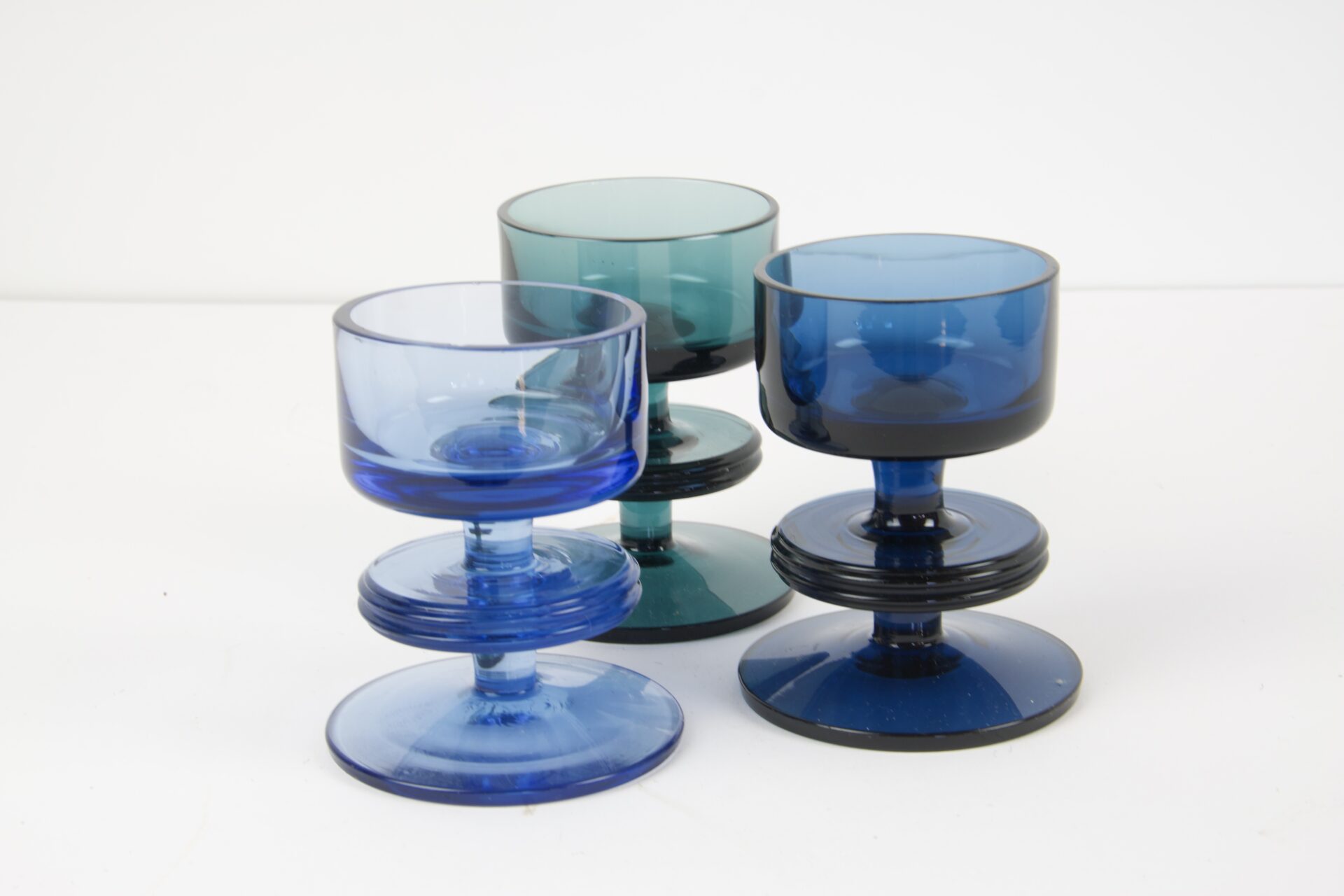 Set of three iconic Sheringham disc glass candlesticks in three shades of blue designed by Ronald Stennet Wilson and made by Wedgwood in excellent vintage condition. Suitable for tea lights, or any of our beeswax candle collection.

Ronald Stennet Wilson was an icon in British twentieth century glass design, bringing a Scandinavian aesthetic with its smooth clean lines to his pieces. He began his career as a glassmaker in the 50s and in 1967 set up his own factory, King’s Lynn Glass in Norfolk (later sold to Wedgwood), producing high quality modern tableware and ornamental glass, all handmade. Many of his staff were from Sweden and he employed Austrian glass-blowers who were highly experienced in blowing very the thin stems that featured in much of range. Winning the Queen’s Award for Industry the celebrated Sheringham, each handmade in various sizes and colours, is now a much loved and sought after piece of mid century modern glass design.

These particular candlesticks came in six sizes, measured by the number of disks they had – 1, 2, 3, 5, 7 and 9. The greater the number of disks the more difficult it was to make, and the more expensive they were then, and now. There were only a few 4, 6 and 8 disk sticks made consequently they are much rarer. The pieces were only made in clear, blue, amethyst, topaz and green and look lovely when the different sized pieces are grouped together.