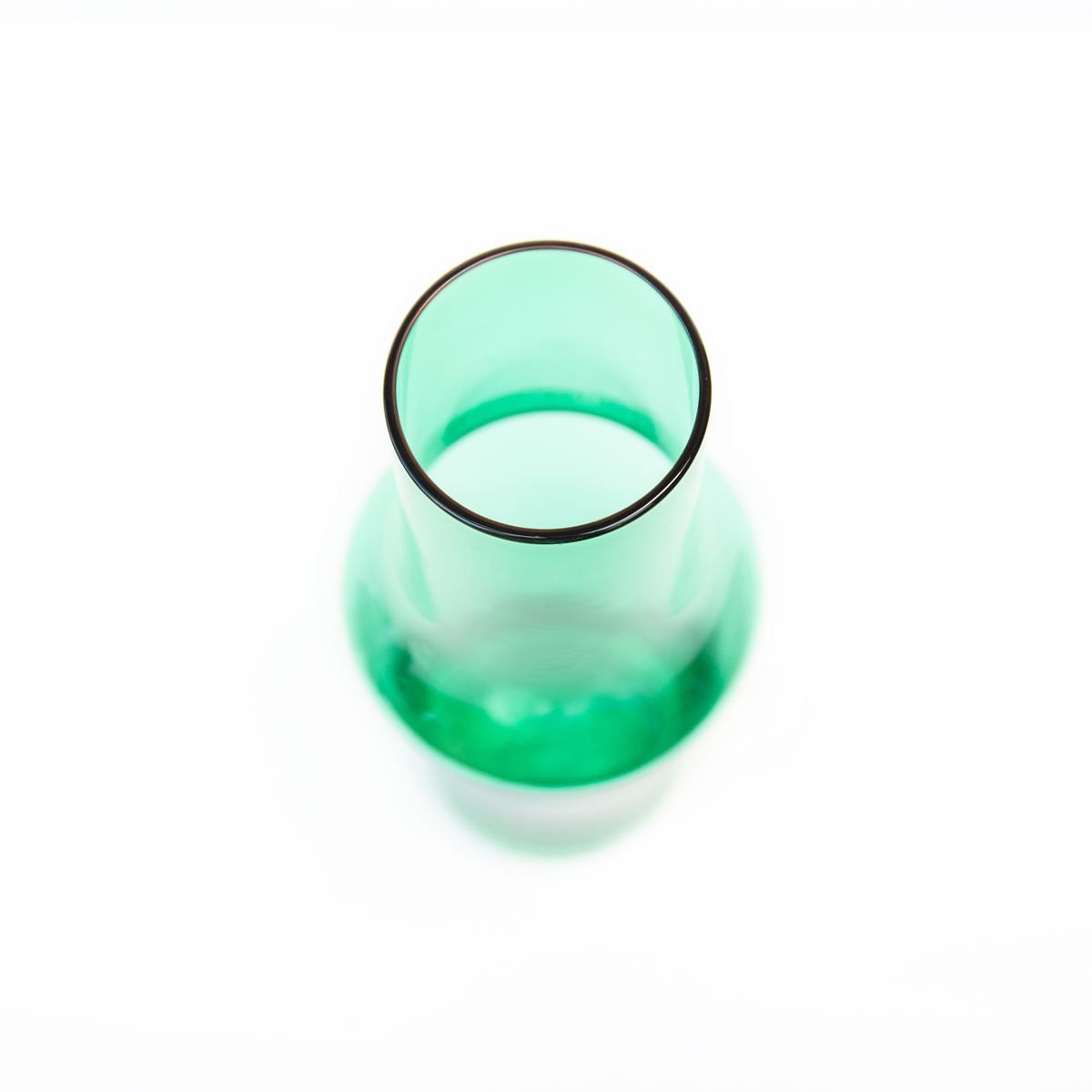 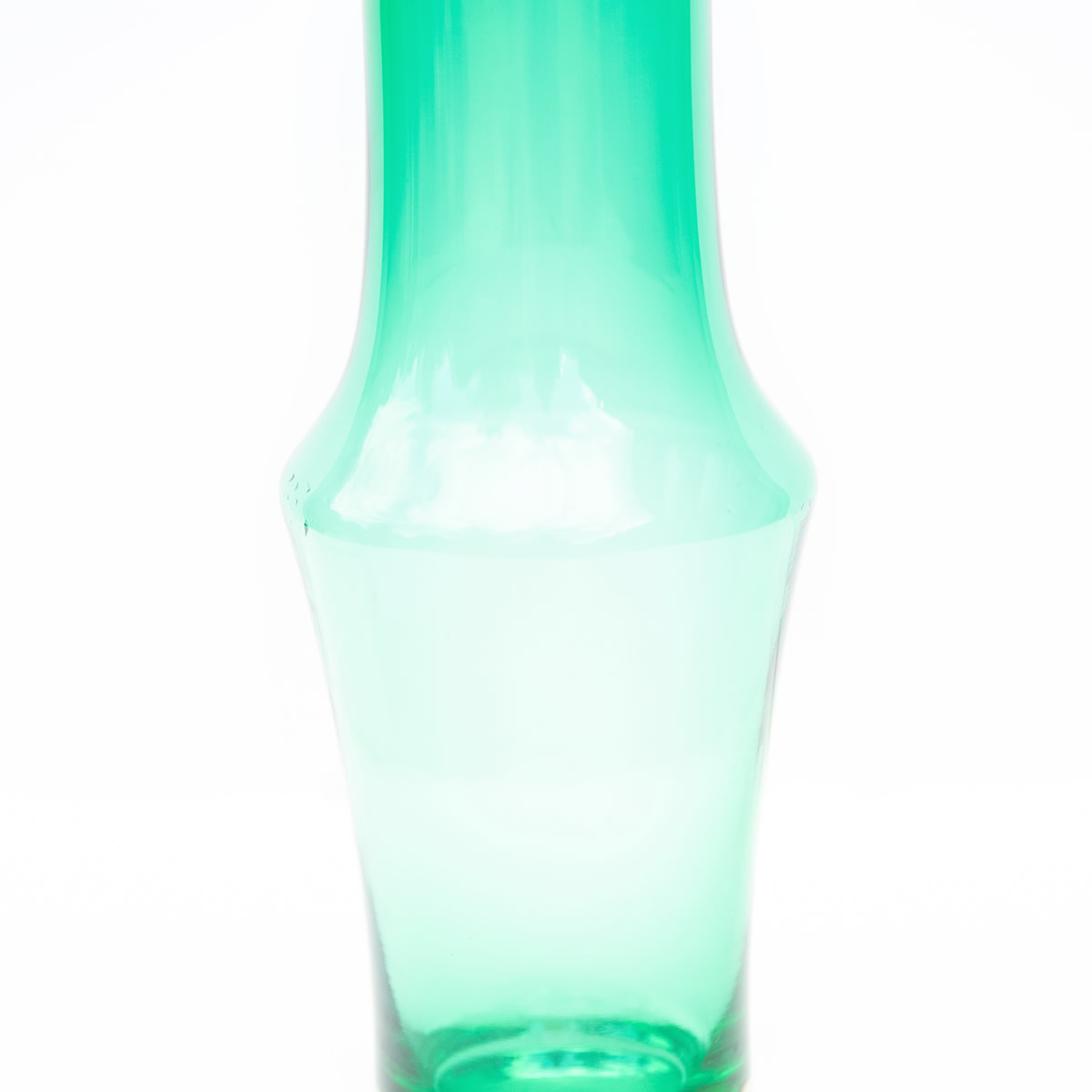 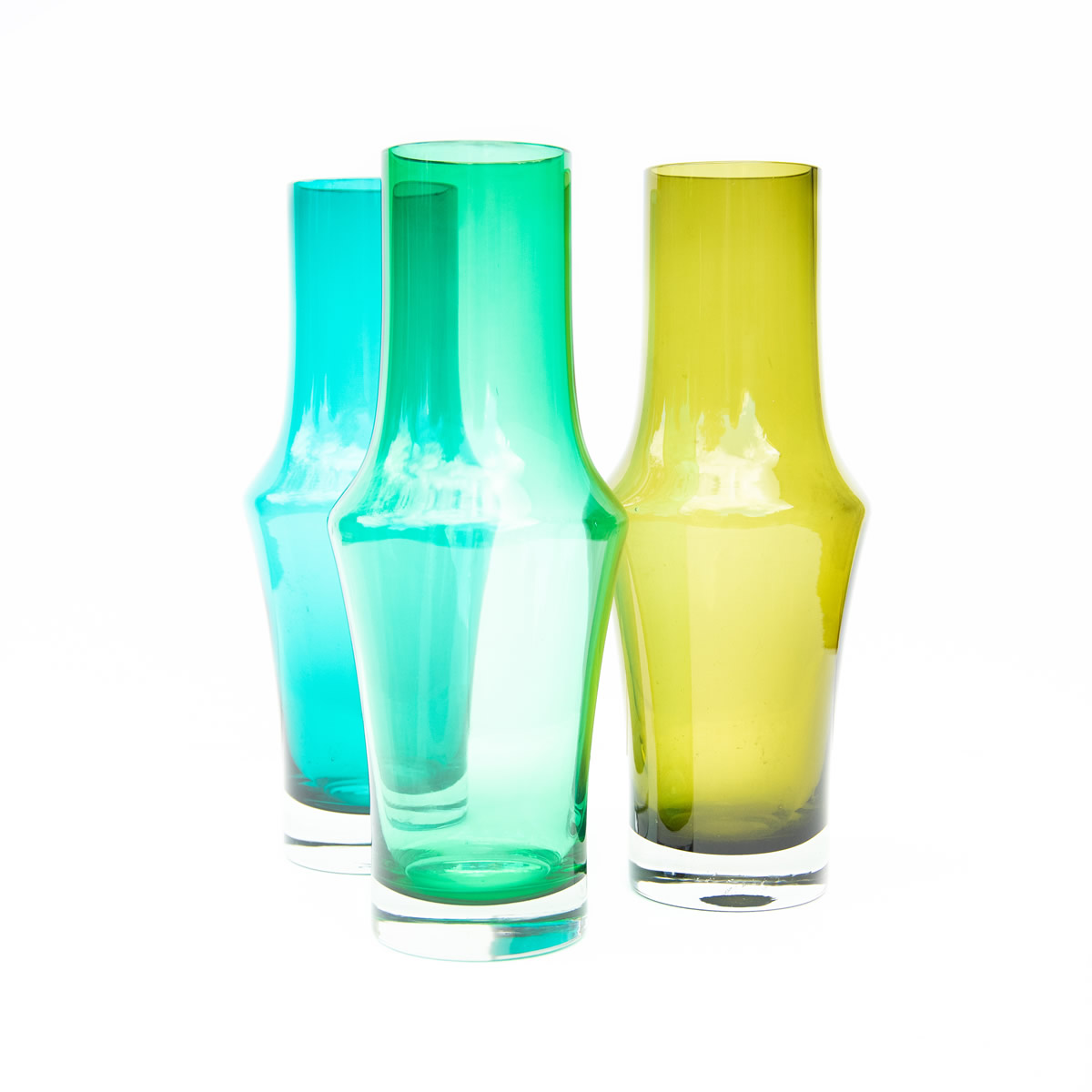 A classically simple modernist vase from Finnish glassware company Riihamaen Lasi Oy. Tall for long stems or with its pale emerald green colour a lovely centerpiece in its own right. Also available in other shades of greens and blues, the full set would make a superb statement.