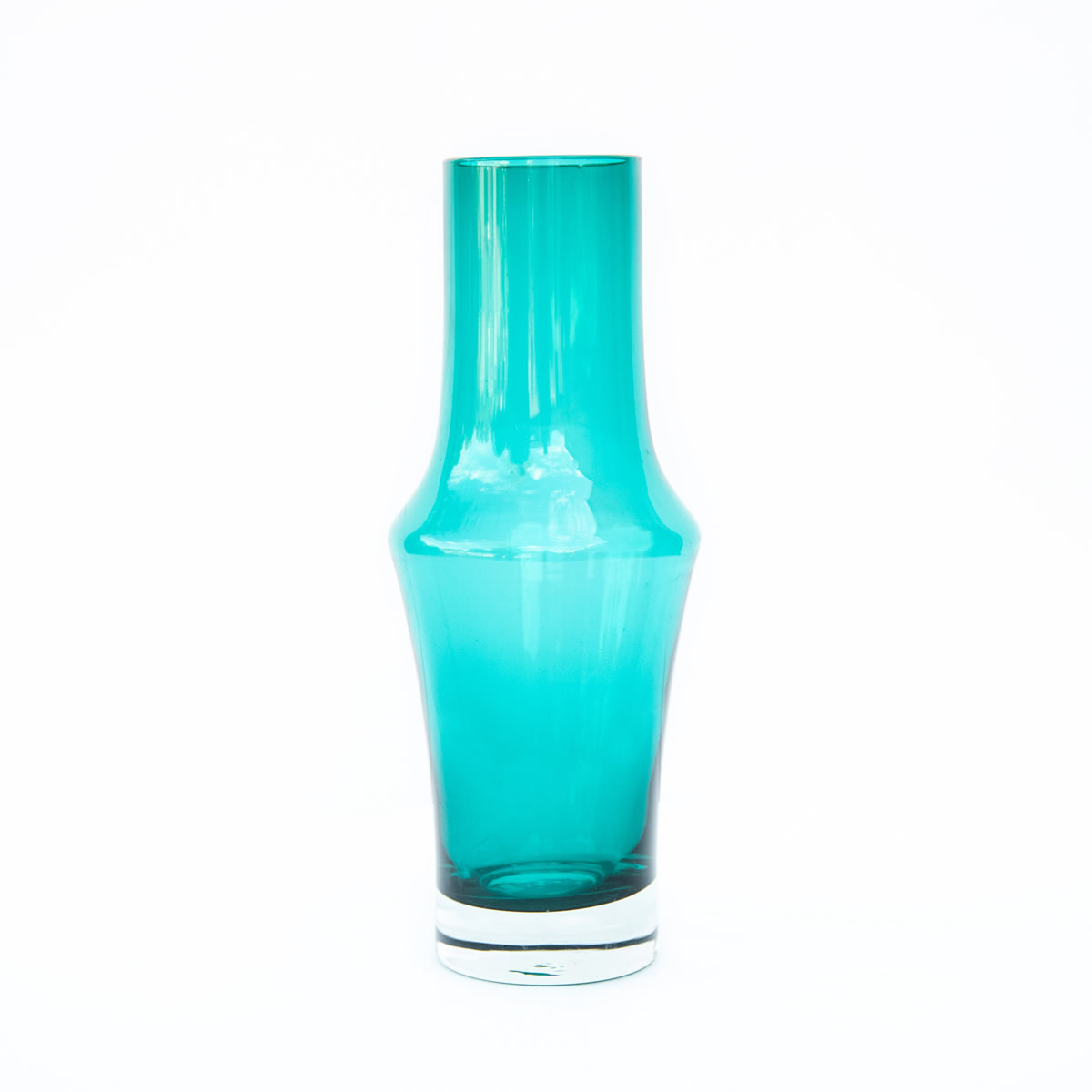 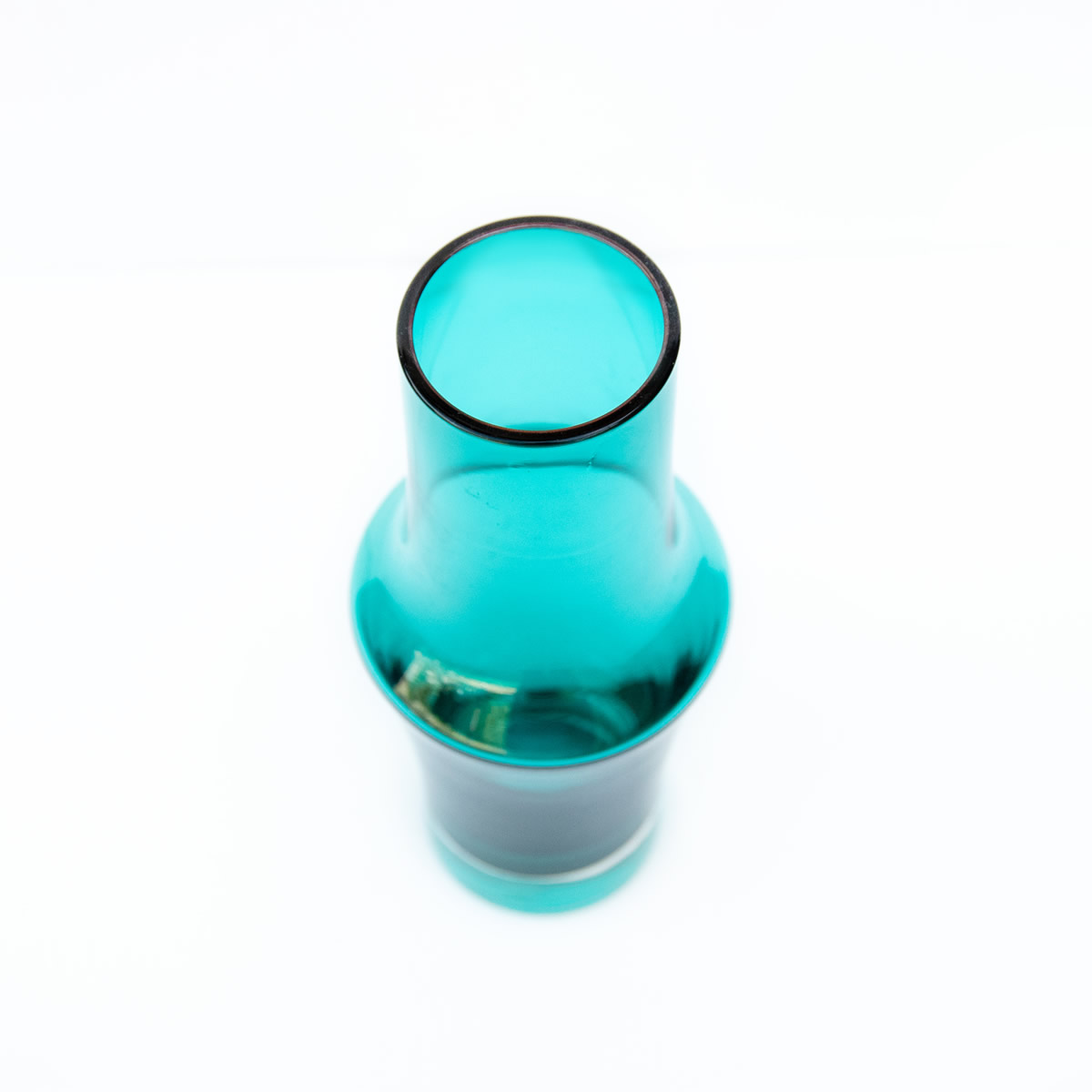 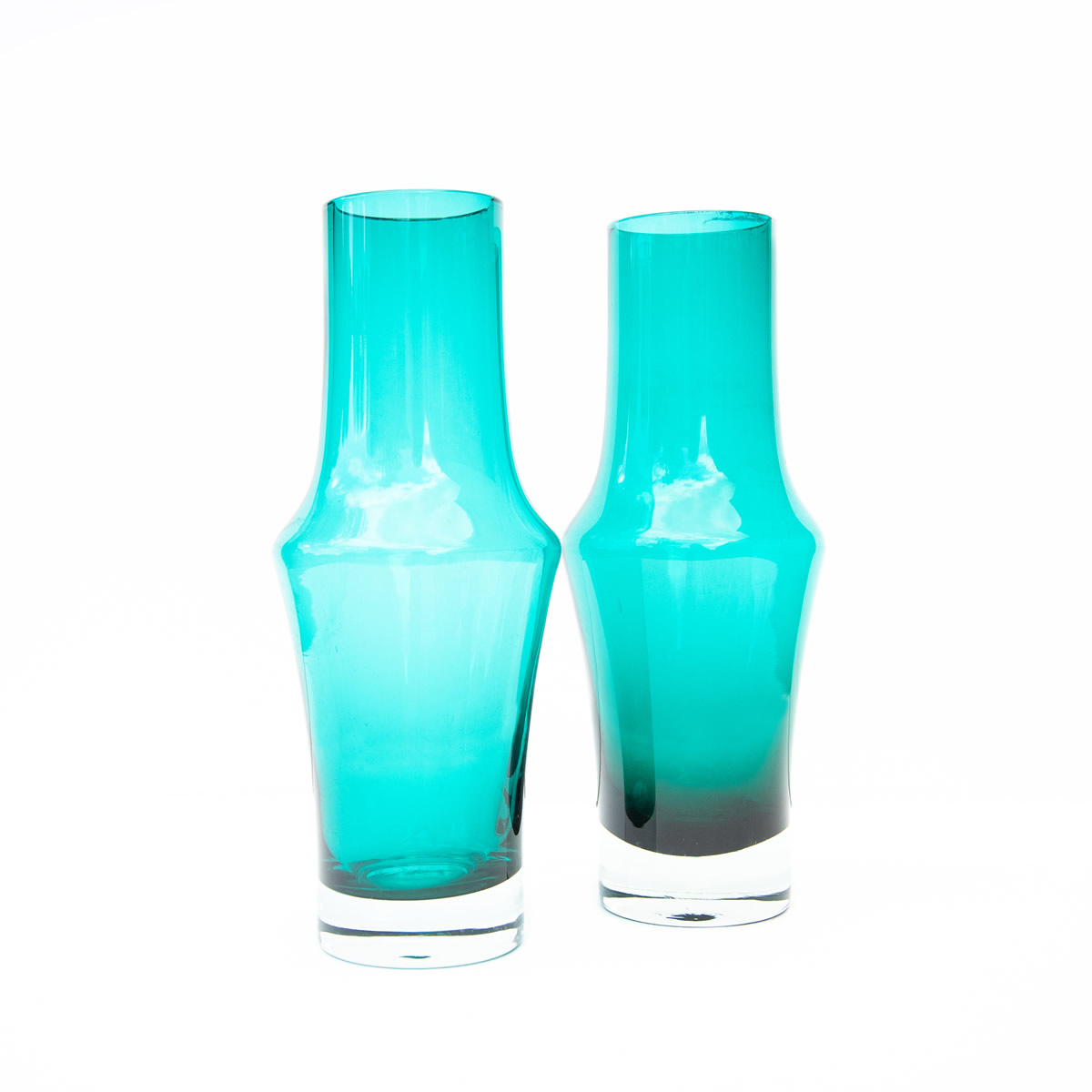 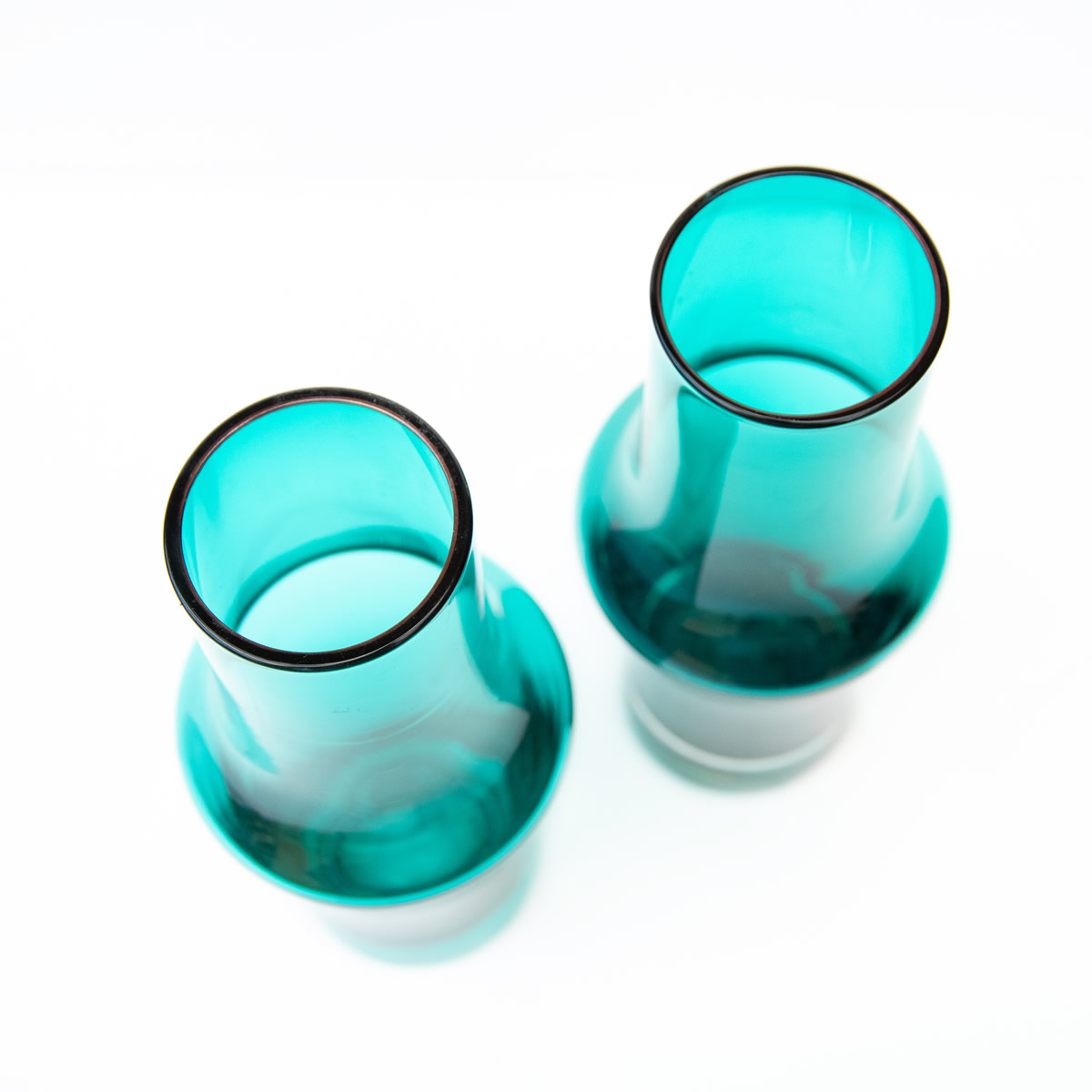 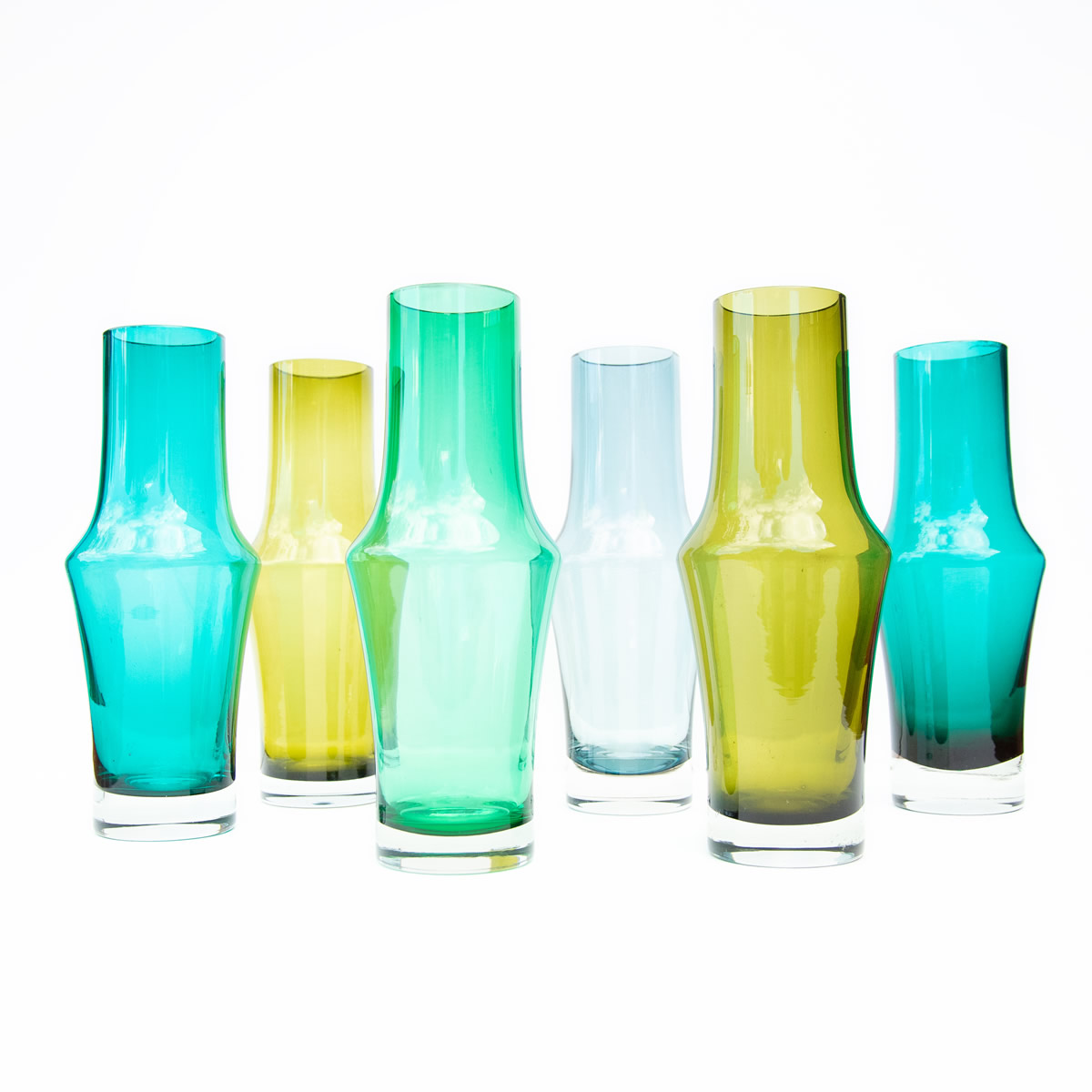 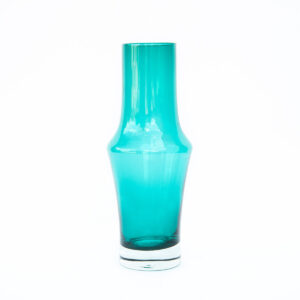 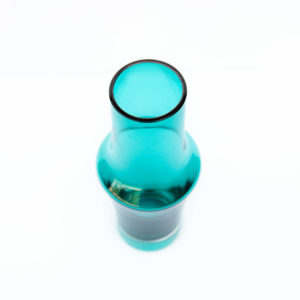 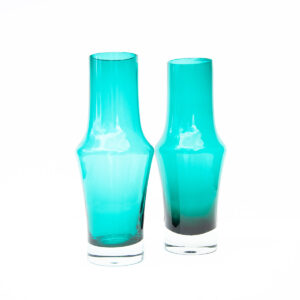 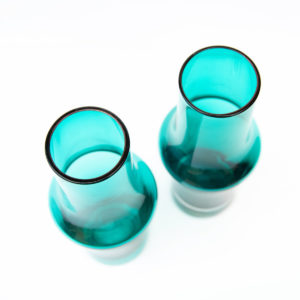 A classically simple modernist vase from Finnish glassware company Riihamaen Lasi Oy. Tall for long stems or with its striking sea green colour a lovely centerpiece in its own right.  One pair are available which would look wonderful either end of a side table or either side of a bed.

In stock (can be backordered)