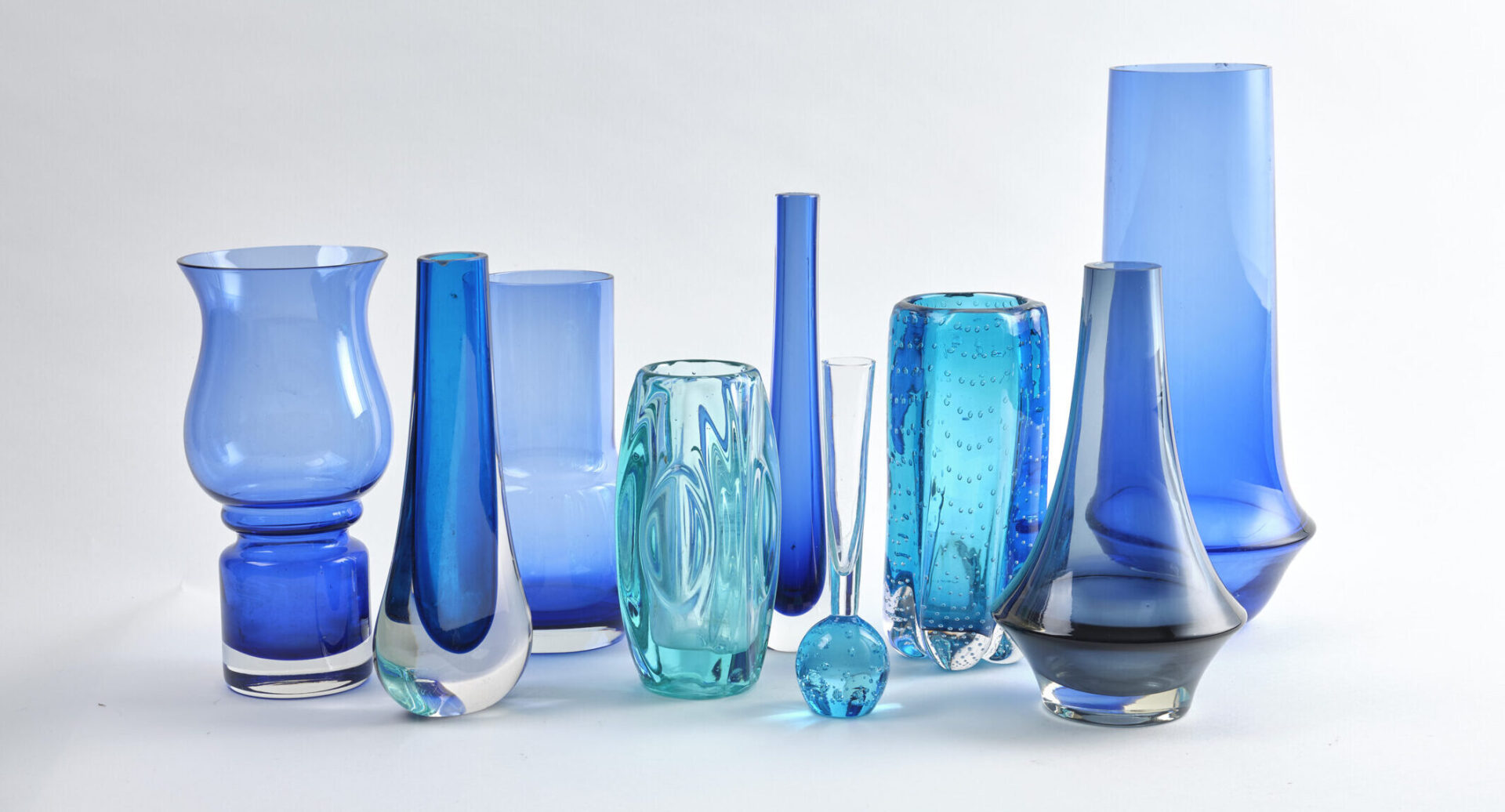 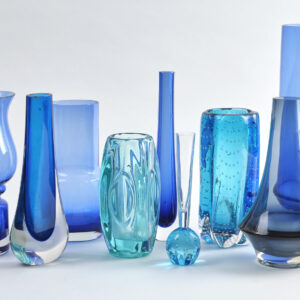 A classically simple modernist vase designed by Tamara Aladin from Finnish glassware company Riihamaen Lasi Oy. A striking blue colour, this vase known as the Tulip vase pattern number 1512 is in perfect condition. Cluster in a group of similarly coloured or contrasting vases for a really stunning display.