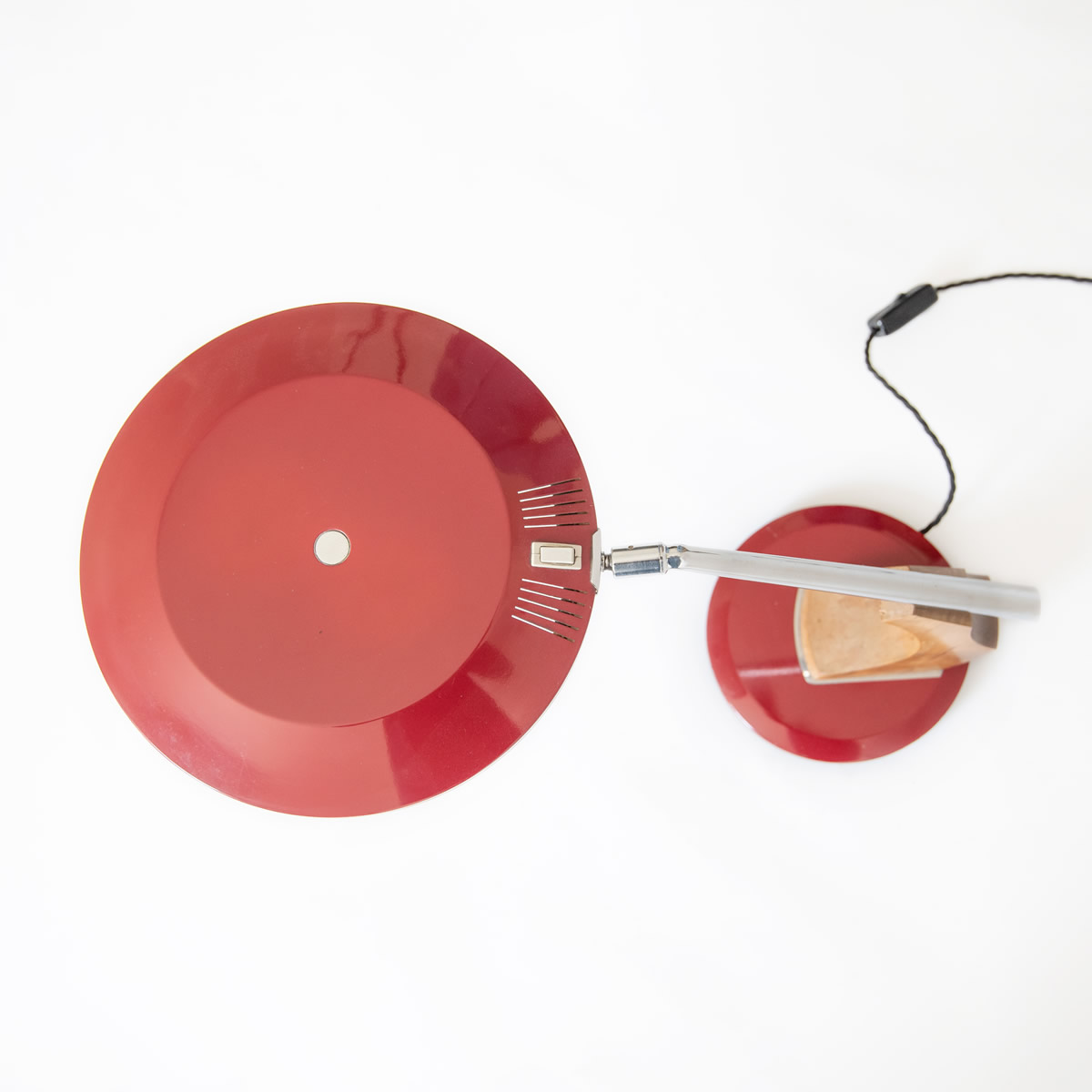 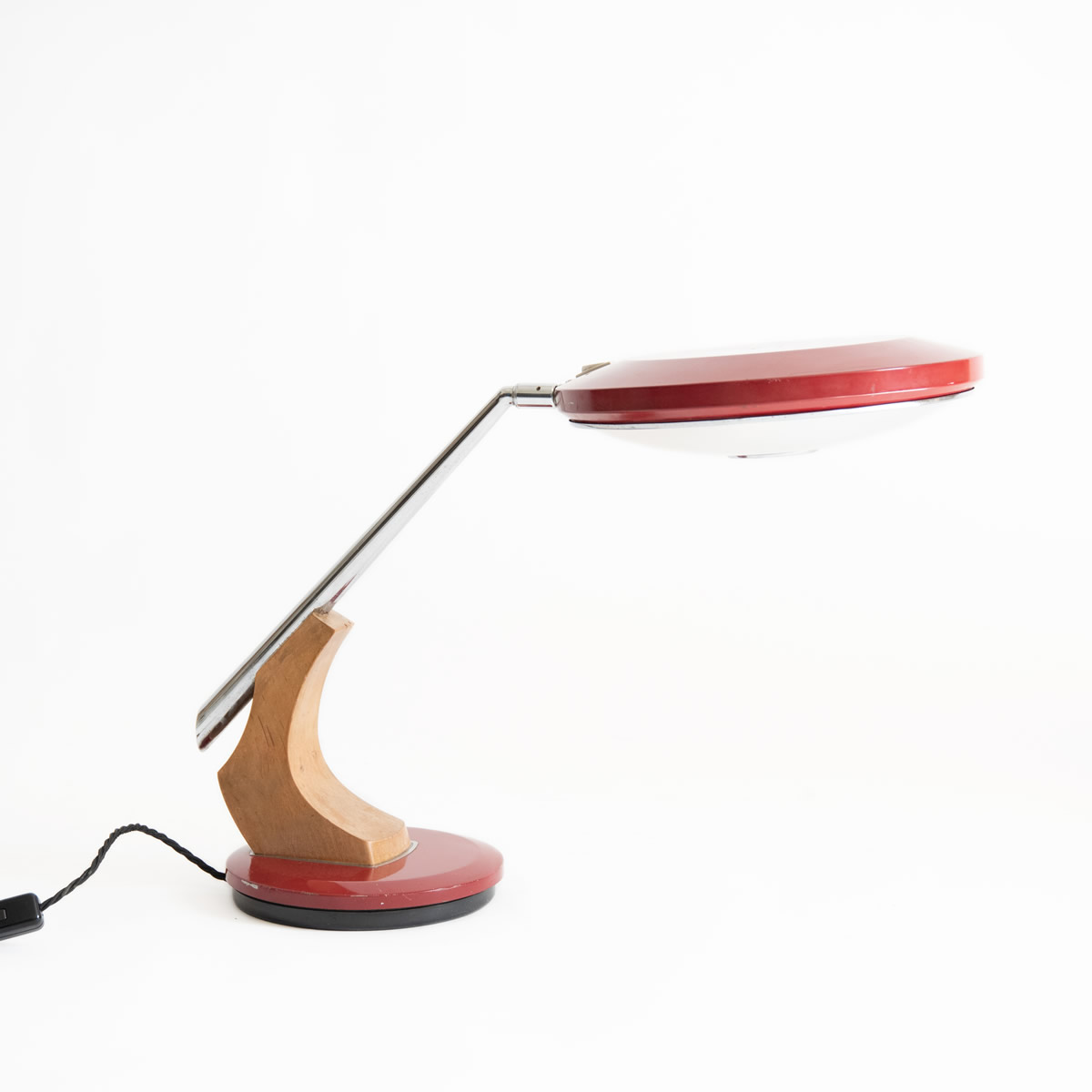 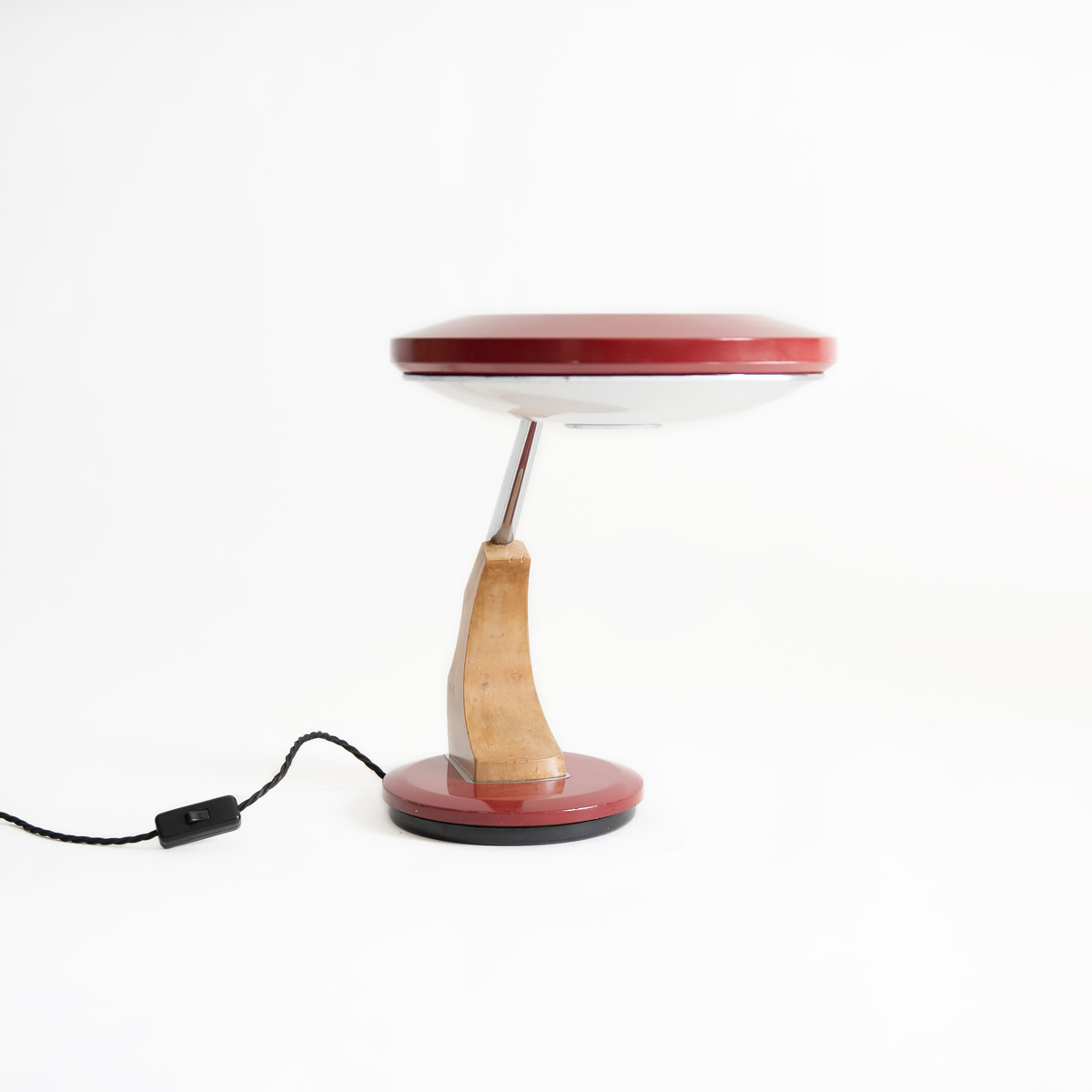 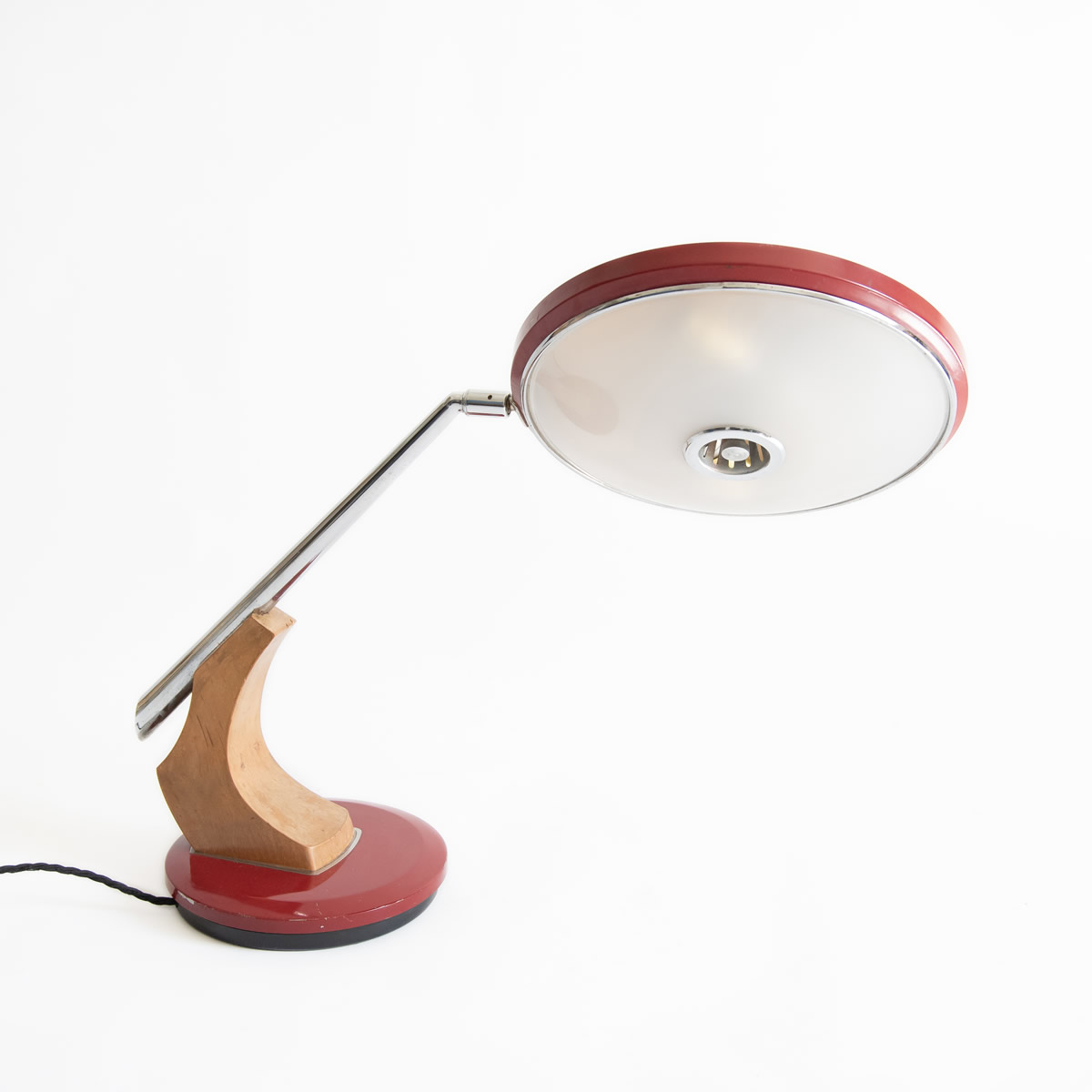 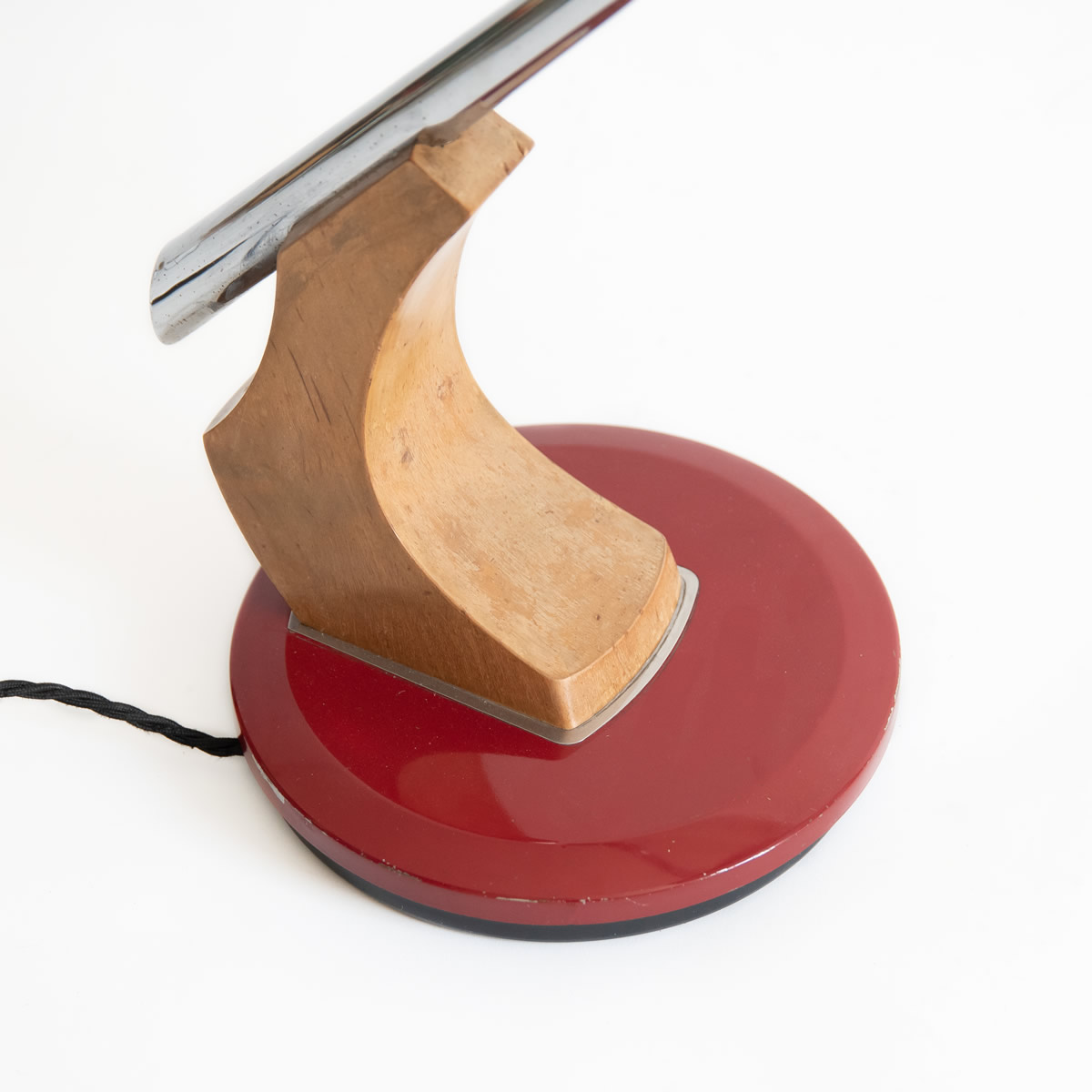 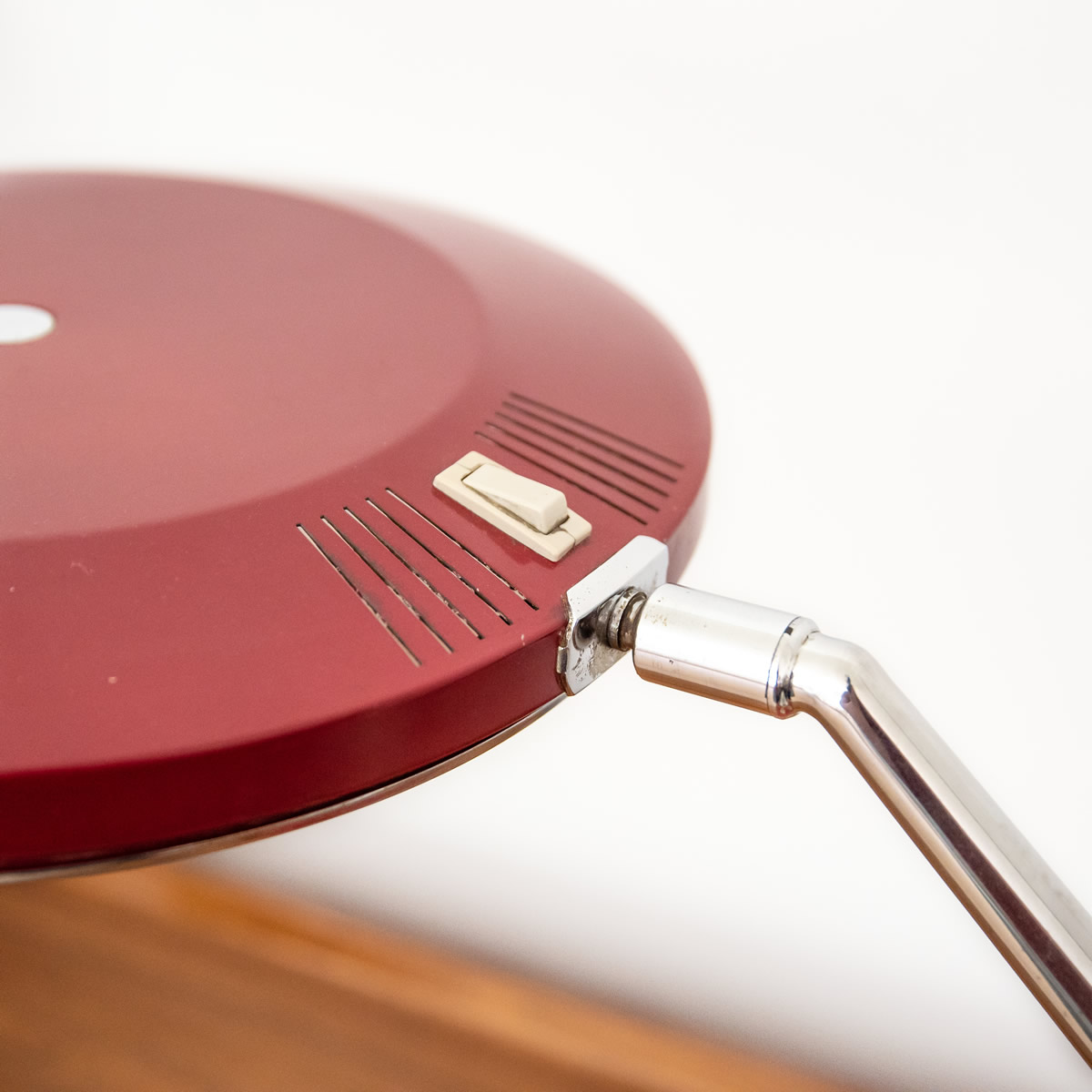 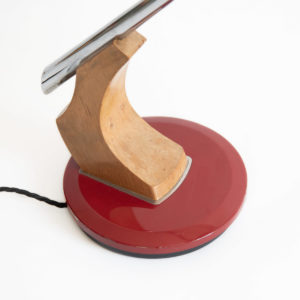 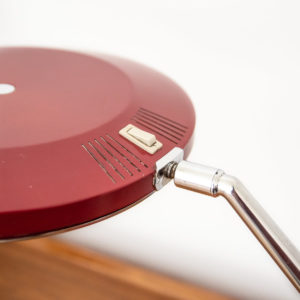 Iconic desk lamp by Spanish designers Fase. Classic mid century modern design with a rotating base. If you are looking for a Mad Men vibe for your home channel it via this exact same lamp from the desk of Don Draper. Newly rewired.

Spanish lighting manufacturer Fase was established in Madrid in 1964 by industrial designer Pedro Martín. Martín sold his self-produced lamps first at markets, before succesfully establishing a factory in the outskirts of Madrid. In the 1970s, Fase was a major player in the the Spanish manufacturing industry, contributing to an economy struggling with oil-shocks and a difficult transition to democracy. Fase sold  lighting for more than three decades to 32 different countries, its largest markets being the United Kingdom, France, Italy, Germany, the United Arab Emirates, Japan, Canada, and the United States.

Fase’s earliest designs are considered modern, featuring original combinations of metal such as chrome and steel, with marble and wood, in a range of bright colors. The lights also often had the ability to move through a sophisticated ball and socket joint system devised by Fase’s early designers, soon becoming a trademark along with their glass diffusers. Important Fase designs include Boomerang 64, Boomerang 2000, 520, Faro, and President—all of which are thought to have been designed in the 1960s.

From the 1970s, Fase introduced Italian modern and Bauhaus-inspired designs to a Spanish audience who, emerging from the Franco period, were not familiar with the most iconic styles of the 20th century. As well as combining traditional materials such as wood with a modernist aesthetic, Fase created many lamps in a wholly modernist style.

In the 1980s, Fase began manufacturing halogen lamps. Although these lamps were highly popular and novel at the time, the break in tradition proved unsuccessful and ultimately contributed to the company’s demise.

By their very nature vintage pieces will show signs of use. If you would like further information regarding the condition of this item please contact us.